The Bulletin: “Vacants” in Garfield

The Bulletin: “Vacants” in Garfield 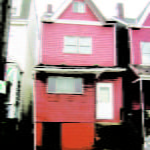 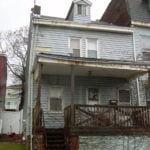 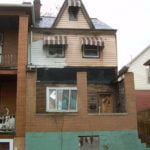 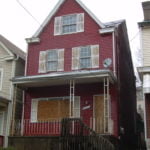 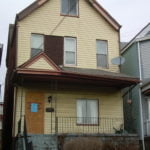 Garfield – While many would say that conditions in the neighborhood have improved dramatically in recent years, Garfield remains saddled with a large inventory of vacant, seemingly abandoned houses. According to Rick Swartz, the Bloomfield-Garfield Corporation’s (BGC) executive director, his organization’s staff recently conducted a survey of most of the neighborhood’s streets, and it revealed at least 131 empty houses, many of them in deplorable condition.
“There were more ‘vacants’ than what we were expecting to find,” Swartz told The Bulletin. “While a number of them have been in that condition for a decade or longer, it’s alarming to find others that may have joined the list only within the past five years.”
Swartz pointed to four houses, all within two blocks of Penn Ave., that illustrate the plight the neighborhood faces when trying to eliminate the blight and potential danger such properties pose to neighbors. A single-family home at 5010 Dearborn St., owned by David and Marcia Grenick, is on the BGC’s list. Public records show reveal that the Grenicks use an address in McKees Rocks for receipt of their county tax bills, but evidently stopped paying years ago.
“The county has scheduled the property for Sheriff’s Sale on March 5th to try to recover over $18,000 in delinquent real estate taxes owed to the county, city, and school district,” Swartz noted. “Even if someone were to bid to buy the property, the deed they’d receive from the Sheriff’s office may not give them a clear title. There could well be thousands of dollars in liens owed to other parties who may still expect payment.”
He went on to say that, even if a private party were to pay $30,000 or $40,000 in the end to secure clear title, the house at 5010 Dearborn may need anywhere from $75,000 to $150,000 to make it a desirable place to live once again.
“That’s where the risk of gentrification comes into play, because a private investor will want to push the future re-sale price for the property as high as he or she can, in the expectation of making a profit of 10 to 20%, or more, after the renovations have been done,” Swartz contended. “That price could be double the price of what any other property in the block has sold for previously.”
The city has tried to contain the spread of blight in neighborhoods like Garfield by coming after tax-delinquent owners of vacant properties, he explained. The Urban Redevelopment Authority offers to “tag” such properties, if the community group so desires.
When they are tagged by the URA, the city must then decide if a public sale is warranted. If it agrees, then the property goes to what is known as “Treasurer’s Sale,” an auction held in City Council chambers once or twice per year; the next one is set for August. However, as Swartz cautioned, this may not be the solution to eliminating blight.
“On our list of vacant houses, there are eleven that the city took either at our request or the URA’s”, he disclosed. “But, it takes the better part of two years before the process of public taking has run its course. In the meantime, the property could fall victim to the elements and become so dilapidated that the chances of renovation become practically nil.”
Swartz pointed to three vacant houses situated at 4911, 5137, and 5349 Broad St. “We’ve seen the interiors of 5137 and 5349 Broad. To restore either of these homes could well cost $200,000 or more. If we were to take on either project, the subsidy we would need to make them affordable – for purchase by someone earning under, say, $50,000 a year – would be in the vicinity of $100,000. The U.R.A. does not have that subsidy to give to us or anyone else at this point in time.”
Ultimately, unless there are private investors who are willing to spend the necessary money on renovations, and then attempt to sell them for $250,000 or more, he said, what may happen is that all three homes will have to face the wrecking ball. Demolishing the structures would result in vacant lots. Even if a neighboring owner wanted to buy the property from the city, they might have to wait a year or longer to finalize the sale; “not exactly an encouraging prospect,” he added.
Although Mayor Bill Peduto promised late last year that a “land bank” would be operational by early spring of 2018, the city’s efforts to start the land bank have been stalled for almost four years. Proponents see the land bank as a mechanism to move vacant, abandoned properties that the city has already acquired in a much more expeditious fashion than the otherwise lengthy disposition process.
Swartz said the “jury is still out” on whether the land bank will fulfill those hopes, but acknowledged that a more effective land banking process could spell the difference between salvaging abandoned & foreclosed properties, and losing them forever.
He relayed that it is up to the BGC’s housing and land use committee, which is open to anyone who wants to help attack problems like these, to determine whether or not to try and acquire eight to ten of the most salvageable houses.
To obtain a copy of the BGC’s list of vacant houses, contact Tyler Wheeler at Tyler@bloomfield-garfield.org. To join the housing and land use committee, contact Nina Gibbs at Nina@bloomfield-garfield.org.