We want to know what you think about the idea of Module Building Houses on Rosetta Street!!!
Tuesday July 27th at 6pm via Zoom

email Nina@bloomfield-garfield.org to register for link
Community discussion on the single-family housing development that Module Housing would like to build in the 5100 block of Rosetta St. With nine city-owned lots to be folded into this project. The U.R.A will be present and is interested in hearing depth of community support for this project.

On Oct 12, 2020 The City of Pittsburgh & Bloomfield-Garfield Corporation hosted a meeting about a proposed  twelve-unit single-family housing development proposed for the 5100 block of Rosetta Street in Garfield. The homes would be built as a mix of market-rate and affordably-priced units. Module is seeking to purchase a number of vacant lots from either the Urban Redevelopment Authority or the city, but before doing so, decided to see where neighborhood residents stood in terms of the proposed development.

As a result of that meeting and the feedback given Module Housing has developed a new proposal. We are taking online comments on this new proposal. We will also be hosting a sub committee to help develop what would be wanted in a development in this area. If you are interested in joining this committee please email nina@bloomfield-garfield.org for meeting information.

From Module in regards to the new proposal changes:

Overall, we remain excited to work with BGC and the neighborhood to arrive at a development proposal that more neighbors can feel comfortable with. Given the feedback we heard from residents and neighbors from the first community meeting, we have revised our original proposal The following changes have been made:

We did evaluate splitting the project into two phases, and it will increase the development cost per unit significantly, making the project economically unfeasible. We estimate that our cost per unit would go up by $30,000 per unit if we build only 6 homes at one time. Thus, our market rate homes would not sell in the high $300,000s, but instead over $400,000s, which is a price point we do not believe to be viable for this location at the moment. In addition to driving up the purchase price of the market rate homes, it will also drive up the amount of subsidy needed to deliver affordable homes by $30,000 per unit. By building a larger number of units at once we can improve the development’s efficiency and lower the cost of development per unit, which means lower sales process on the market rate homes and less subsidy per unit on the affordable homes. 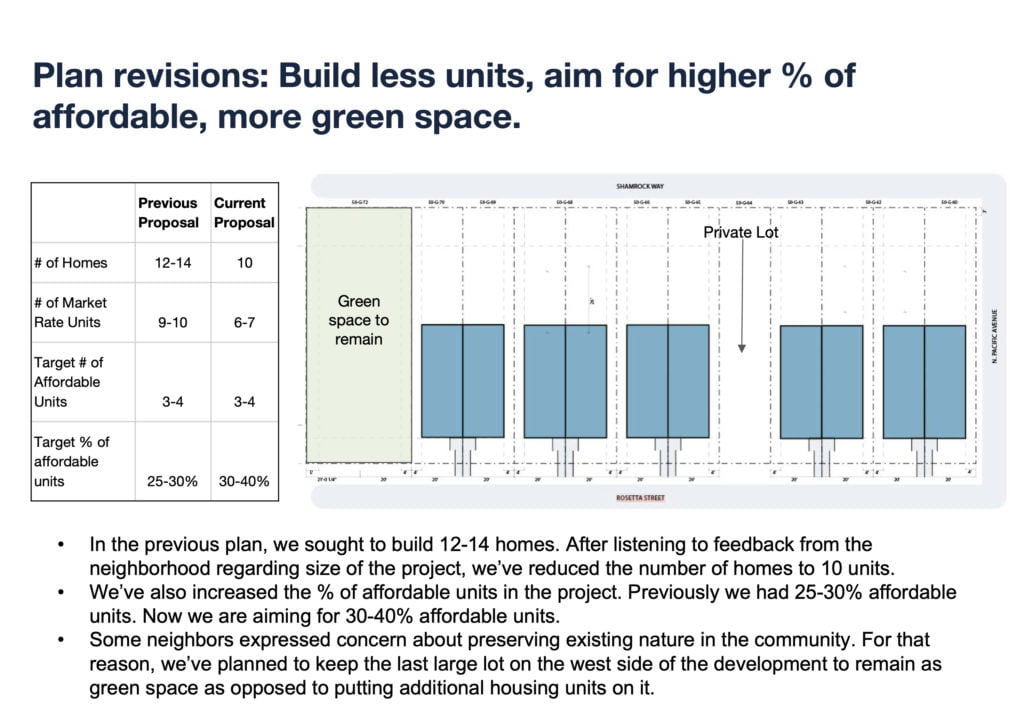 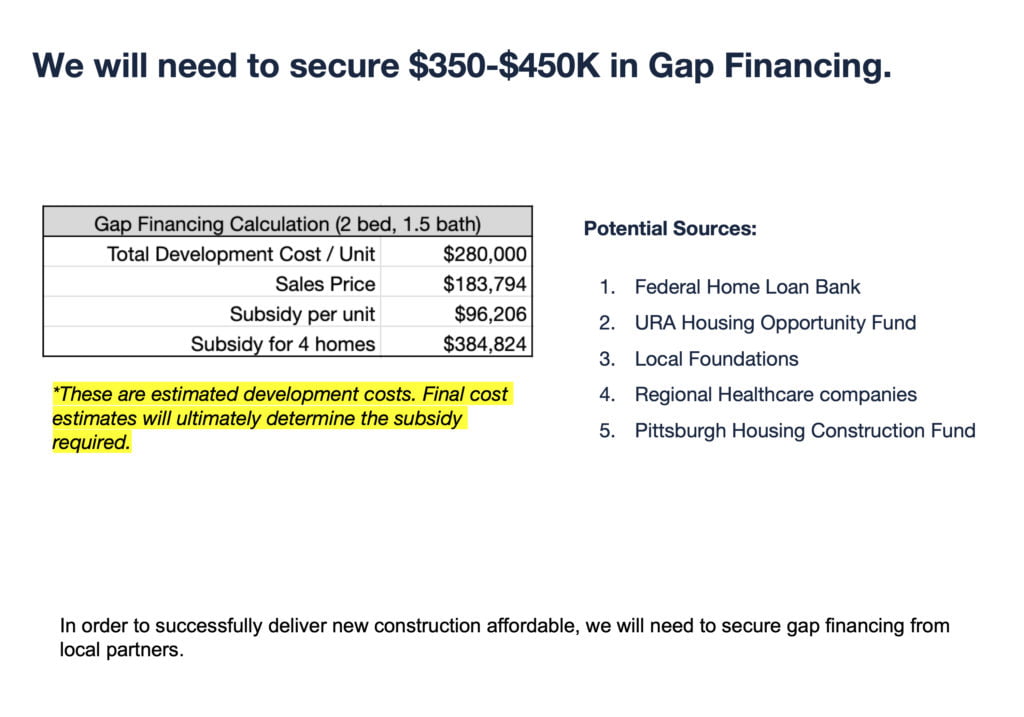 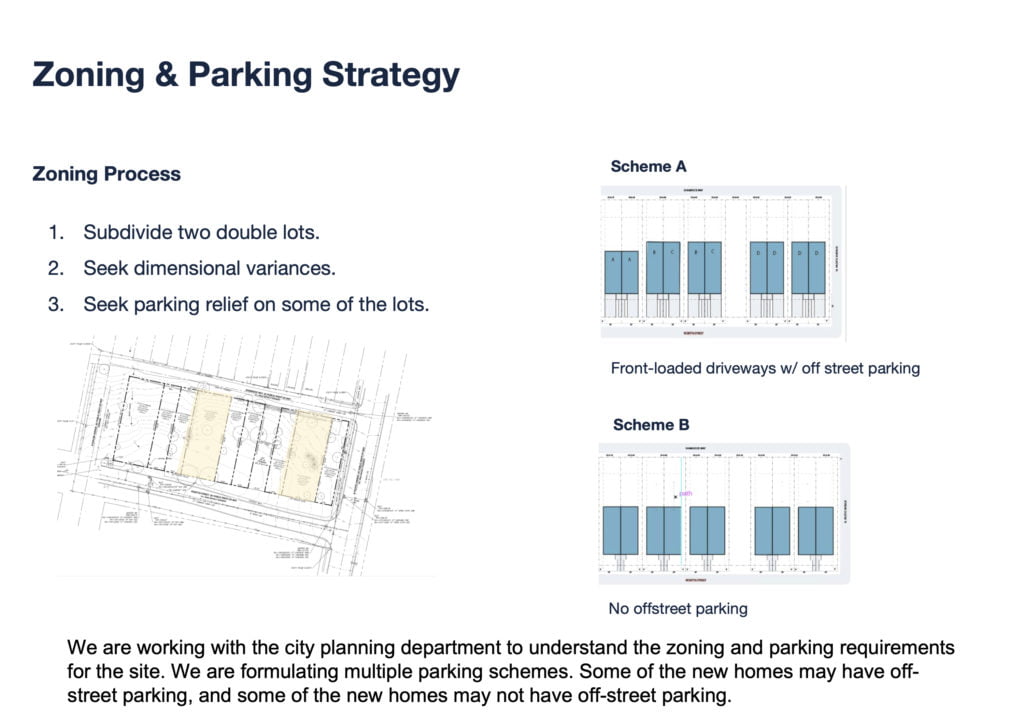 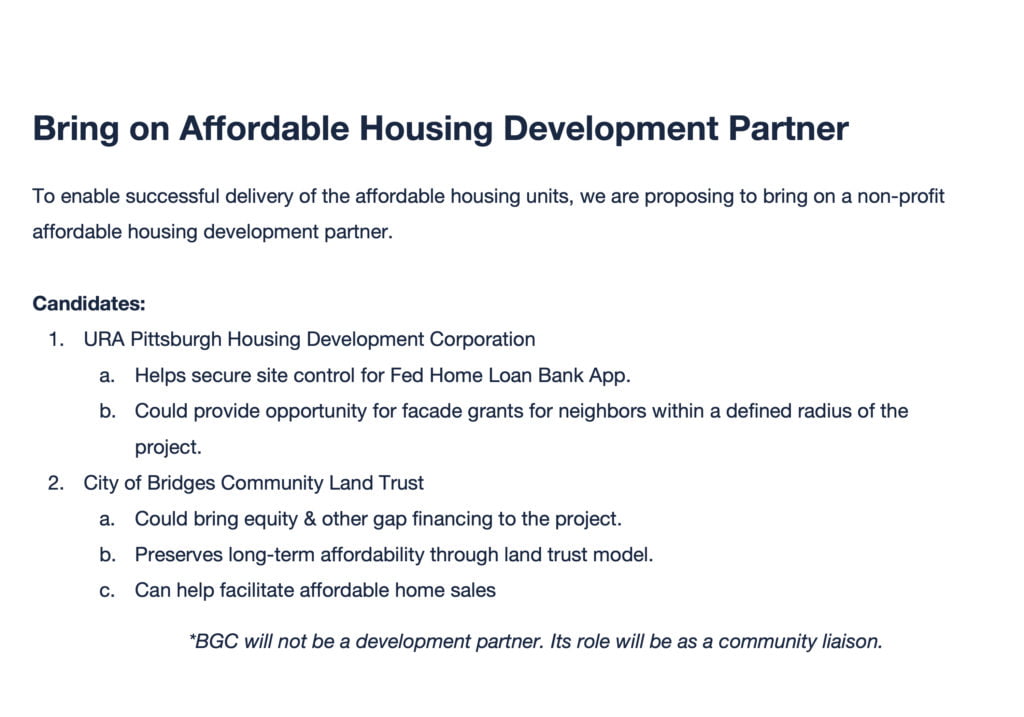 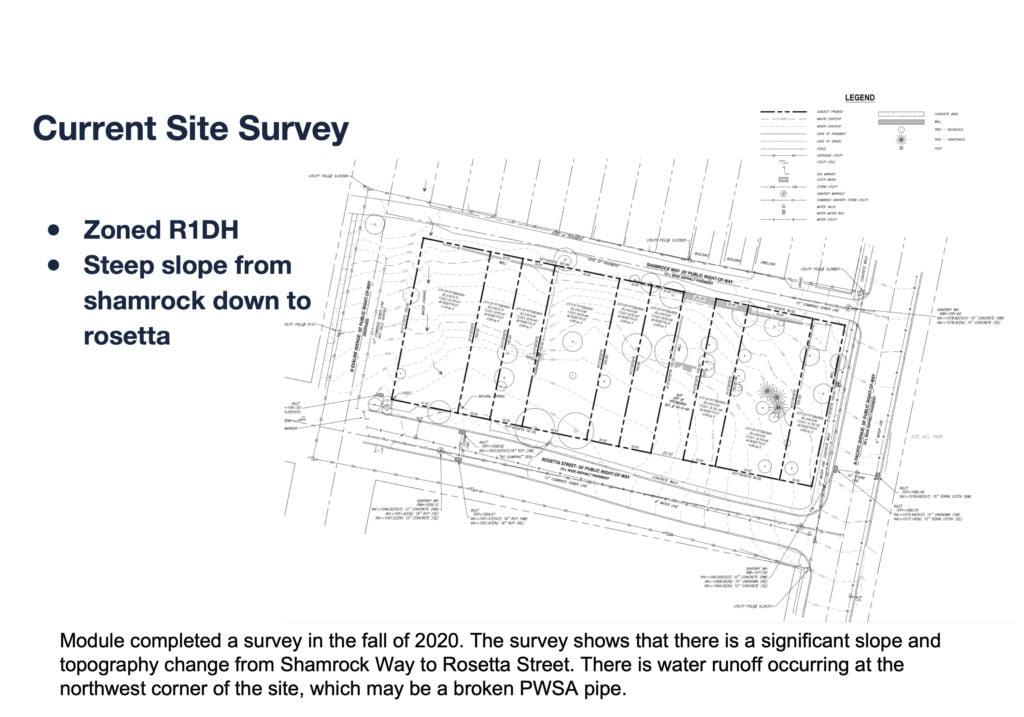 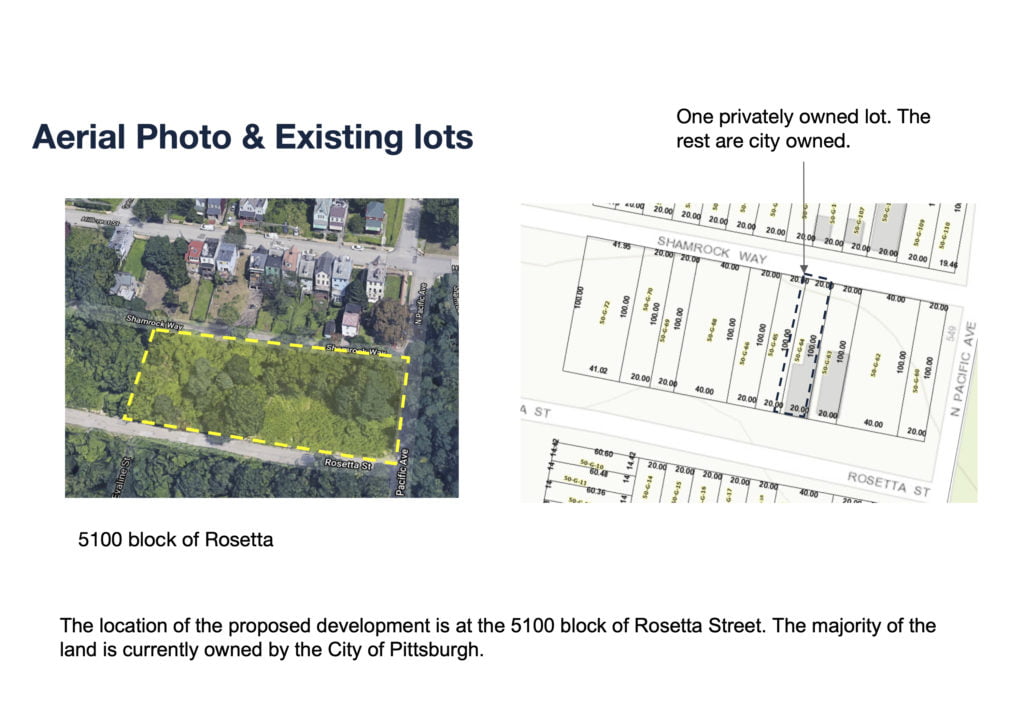 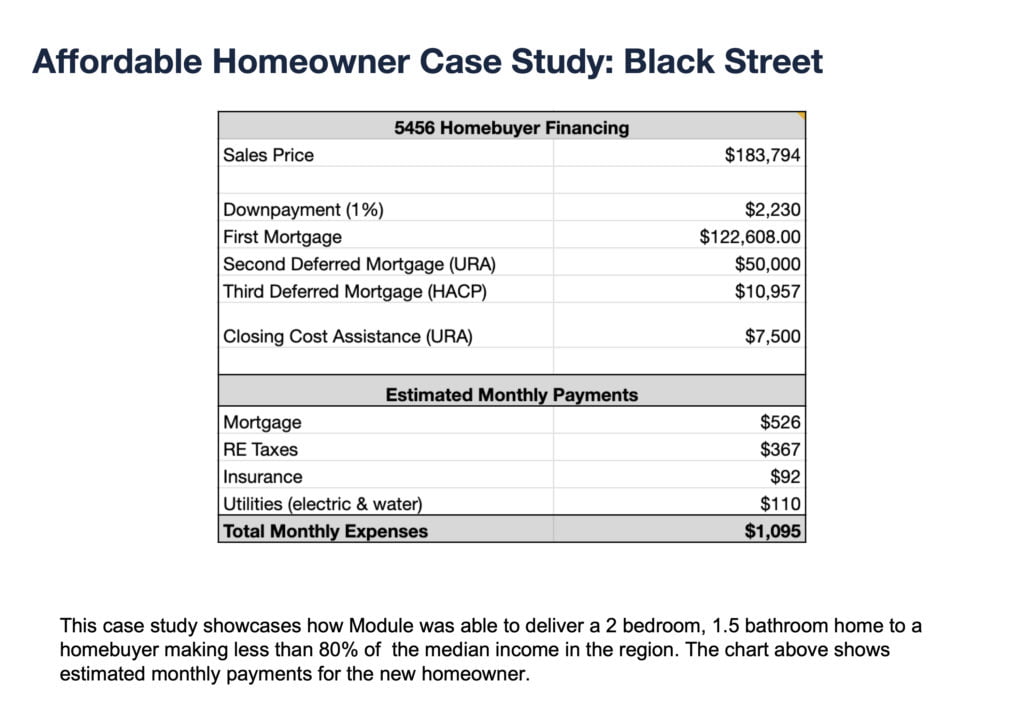 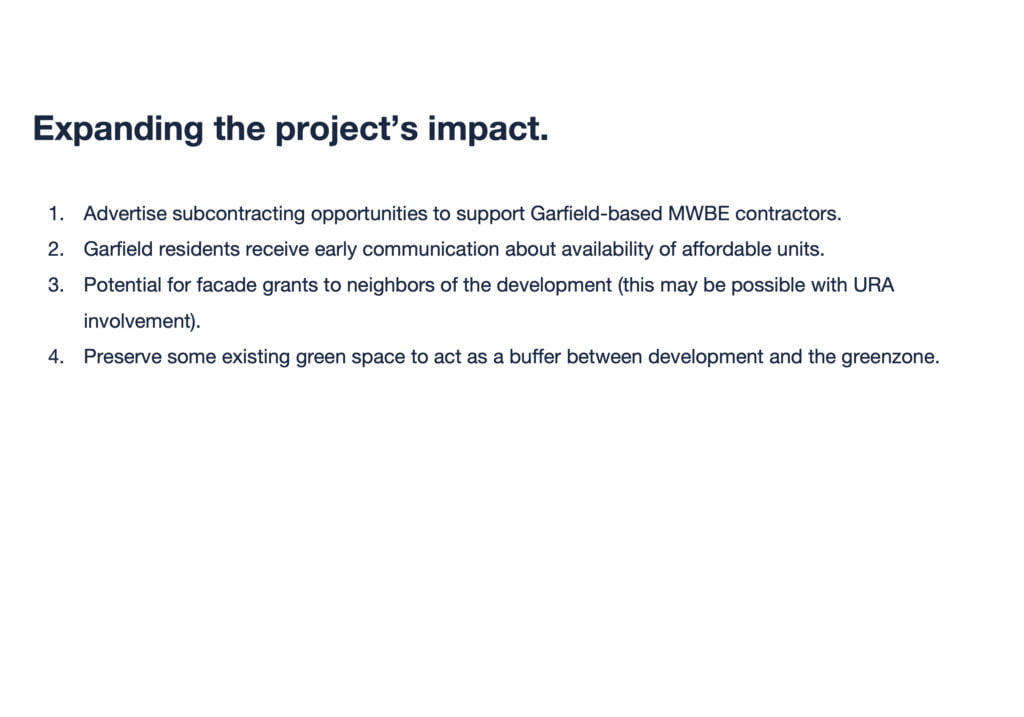